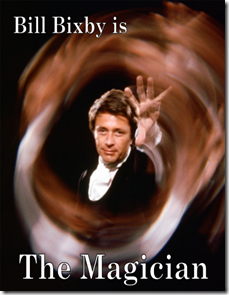 I’ve been a software developer for twenty years, but am behind in some skills. This series chronicles my self-improvement.

Claims-based identity isn't hard to understand, but it's been challenging to learn and implement in a legacy environment. In part one, we'll look at the concepts. In future posts, I'll have code samples using current (at the moment) frameworks.

Like Tony Blake producing a flock of doves, we'll learn some security sleight-of-hand.

What We're Used To - Passwords

The convention in authentication for decades--for millennia, in a sense--has been this exchange:

You're allowed in because you know something only a few people should: the password. Once you're in, the exchange continues.

"I want to see the boss."
"Oh yeah? Who's asking?"
"I carry packages for Don Crosetti."
"A courier? Delivery boys don't see the boss, chum."

What you get to do is defined by your role. A lieutenant can see the boss. A courier can't.

This is very much how people understand software security to work. You enter a username and password on a web site, let's say a Content Management System. Once in the site, if you're a Viewer, you can look at all the pages but not edit anything. An Blogger can create posts for her own blogs, but not anyone else's. A Site Editor can modify anyone's posts.

This system works well enough for many situations (in both software and life). But there's another common approach: claims.

What We're Also Used To - Claims

It's Friday night and you go out to a dance club. To get in, you have to show your driver's license. The guy at the door looks it over, then waves you in. What was he checking? Two things.

The first item is a claim. You're claiming to be over twenty-one. You have a driver's license issued by a recognized identity validator: the Bureau of Motor Vehicles. The doorman didn't verify your identity. He didn't ask for a social security card or birth certificate or fingerprints. He trusts that the BMV did all that. The most he did was check that the license was the expected color and had the right hologram.

Roles can be claims: maybe at this particular club you have a VIP card that lets you into the upper floor. However, claims are not necessarily roles. Claims can allow more fine-grained and nuanced authorization.

There are two important aspects of this example:

With those two real-world examples in mind, we're ready to look at claims-based identity in software.

In the bar example, the identity provider is the BMV.

An STS takes care of authenticating identity, if needed, and returns a token than contains claims about the identity. An STS could be local or remote. Examples include:

In the bar example, the token is the driver's license.

A token is just data about the identity and issuer. It could be an XML document, for instance. Generally speaking, it can have:

In the bar example, the claim is the age.

A body formed by a number of nations, states, societies, unions, etc., each retaining control of its own internal affairs. [Dictionary.com]

When it comes to identity, otherwise unrelated organizations can trust each other's STSs, allowing a user to log in with one set of credentials that are accepted elsewhere. This forms the basis of single sign-on (SSO).

A simple example of real-world federation would be a background check company that wants to give its customers access to their reports without storing them as users. The company would:

A customer's user would log into their computer using their corporate credentials. When she opened the background check web site, the site would check if there was an authenticate token, and find the user's credentials in a cookie (perhaps). The web site would contact the STS, which would contact the customer's AD and verify the token's validity and return claims. The site would then authorize access if the claims allowed.

At no time did the user retype credentials.

Here's some pseudo-code (C# style) showing how an application might get and use a claims token. Note: These are not real .Net classes!

The claims class. (The real .Net class is just about this simple.)

A token/identity class, which contains a collection of claims.

A provider service to handle getting the token. This is the complex part if you wrote it yourself, since it needs to properly manage the network connection, protocol, certificates, trust, etc.

And here's how authentication might look, using that provider.

In the above method, we

In the next post, we'll look at some of the various namespaces Microsoft uses for claims-based identity. 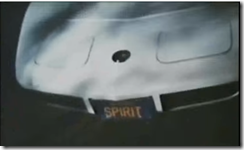