How (and why) to maintain a README.md file for internal projects: Onboarding and Continuous Integration 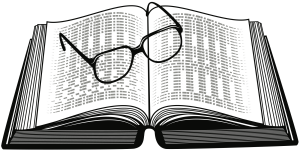 This won't be a "Complete and Authoritative 10 Steps to Perfect Readme Files." It's intended to be a good starting point.

What (the heck am I talking about)?

I'm talking about the README.md file that's typically at the root of Git repositories, especially when using GitHub, GitLab, BitBucket, and Azure DevOps.

Specifically, though, I'm talking about the Readme file that you use in your on-premise repositories. That is, your organization's internal projects.

Internal projects' Readme files are too often ignored. If they have a concrete and central purpose, they won't be.

The Readme file should be the starting point for your code's users. For open source, it starts with what the code is for and how to use it. It ends with information on how to build the code.

Internal projects have a different audience and different priorities. They are

Luckily these go hand-in-hand(-in-hand). The point of the build portion of CI is to prove the code can be built on a clean workstation.

But what does a "clean workstation" mean? Today, it could mean a fresh, default installation of Windows, Linux, or MacOS.

There are two parts to getting your code building and running on a clean workstation:

How (do I communicate the Environment)?

The Environment will be the operating system and global installations required by your application. In Azure DevOps Pipeline parlance, they're the build agent's capabilities. Here's an example for a solution that includes an Angular application and a .NET Core WebApi.

One way to think of this is: "If my repo has a build script, what do I not want it to manage?"

Your app's build script shouldn't try to install Node or Angular. It shouldn't even check if they exist. The first-use developer, or the person creating the CI pipeline, should refer to the Readme for environment details. The contract is that the environment will exist and the build script doesn't need to verify it.

It's easy, with Node apps, to know if it's an environment package. It gets installed globally using npm install -g

I recommend the table above being the Readme's only place version numbers exist for those dependencies. It's the source of truth. If you opt to include them in the Getting Started instructions, you need to remember to find/replace whenever the version numbers change.

Regardless, the Readme is the source of truth for environment version information.

How (do I communicate Getting Started)?

An excellent practice is to create a build script that will be used by the CI pipeline. This same script should be run before pushing the final commits for a pull request. This way, the CI process is being tested in advance.

At its very simplest, a .NET Core solution's build script could look like this:

This rebuilds the solution and publishes the .NET assemblies to a "package" folder. The Angular app is built and published to its standard dist folder. In your own organization, the script may also run tests, recreate a database, etc. The point is, there's just one step to take.

From an onboarding viewpoint, this is great. The steps are basically "clone the repo, run the build script."

Our Getting Started section could look like this. Note that I'm recommending nvm or nvm-windows to the developer. This script also configures the Azure authentication to an Azure Artifacts package source.

Why (is this valuable to CI/CD)?

The Getting Started steps are, basically, what the CI/CD pipeline should use, too. Here's what a simple Azure YAML file might look like for our solution. The steps are virtually identical.

When (do I see an awesome template/example)?

The key values of a Readme for internal projects are:

How can you keep this up-to-date? While I'm not hoping your turnover is high, whenever a new developer is brought on she should try to get the application working using just the documentation, and update if needed.

The proof that everyone's doing their jobs? The document won't need updating!

One Sheet Summary: Leadership is Language

I make these to post on my wall and help me learn the subject. Be sure to read the book!

Seriously, read Mr Marquet's entire excellent book. It's so packed that this summary doesn't do it justice. 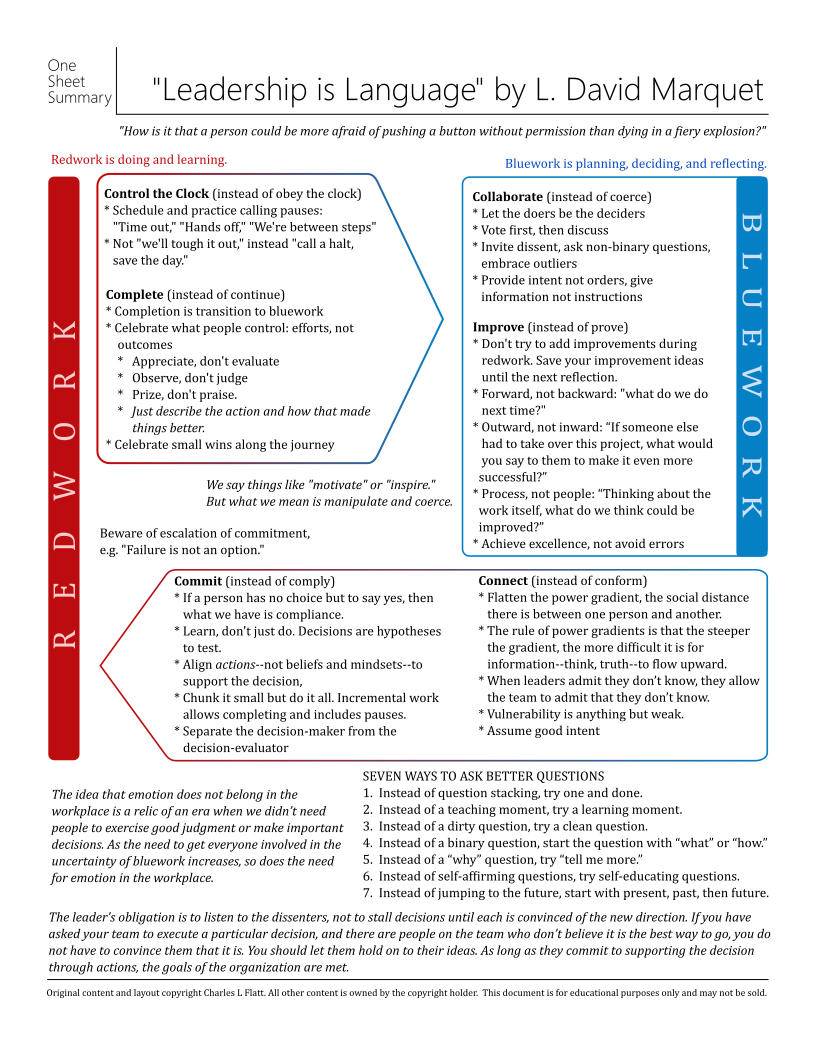 Update
A stellar sleuth discovered that the error messages are related to whether the nuget.exe executable's "Unblock" attribute is checked. When it is (i.e. the file is unblocked), the error message doesn't occur. While it's still a bug, at least there's a solid workaround.

I submitted this issue in on 2020-08-28. It's had some comments and confirmations, but the moderators are having trouble reproducing it. I'm hoping this will help.

Here's the link to the issue.

There are multiple failures being reported below. The fundamental one is that NuGet 5.7 and above ignore token replacements in .nuspec files from .NET Framework project .csproj files.

Check the Windows PATH environment variables (System Properties > Advanced > Environment Variables) at the user and system levels and be sure that no version of nuget.exe is on the path. One way to verify is to open a new command window and type nuget. If there's output, nuget is on the path.

A reboot may be required for the computer to recognize the path change. Normally, it only takes closing completely out of the System Properties editor.

Remember to open a new command window after PATH changes so the environment variable is reloaded. 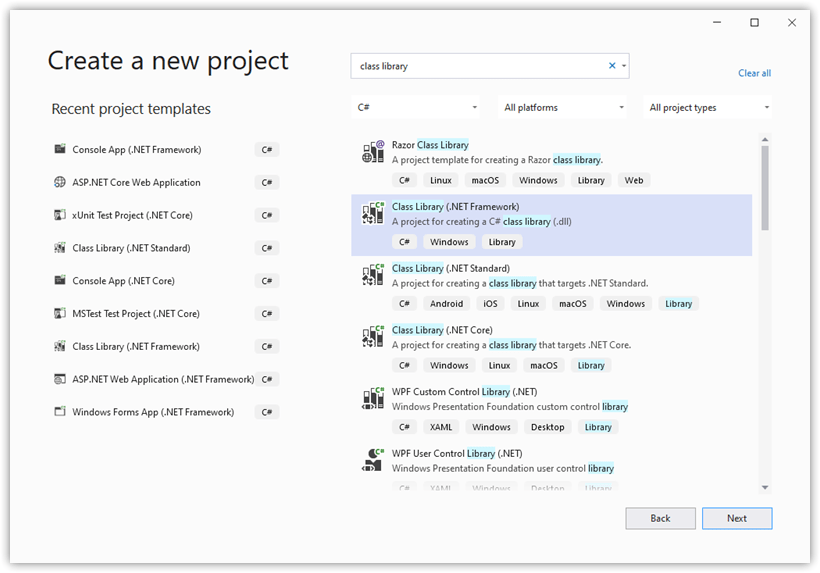 It's important that the file be named nuget.exe.

Actual: Error that Author and Description are missing:

Both versions exhibit the same bug as 5.7.

Unlike when named nuget.exe, version 5.6 pack fails with the unexpected error!

In both cases, the pack succeeds.

Many organizations will, in a continuous deployment environment, use a known path to the latest NuGet package and expect it to be named nuget.exe. As seen above, those organizations will suddenly find themselves with failing package steps.

In order to continue, they must either stay on version 5.6 and accept the potential security issues there, or rework their pipeline.