The Executive Summary (you can pretend you’re an exec)

It’s not a mistake that I listed one item twice.

Google strives, mostly successfully, to keep their applications simple. Simple to understand, simple to use, simple to explain. Google also wants us to store our millions of pictures with them, because they are a gateway to marketing, and thus advertising.

I have a blog, the very one you’re reading. It’s hosted on Blogger, which is owned by Google. I often use screen shots, a.k.a pictures, like this one. 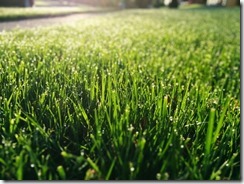 And, I use Windows Live Writer to compose my posts, because it has easy copy/paste of pictures, good formatting control, and useful plugins. (It’s also quite old and unmaintained, so here’s hoping Scott Hanselman is successful getting Microsoft to release it as open source, because I think WLW would rapidly improve.)

When I publish using WLW, the screen shots end up in a Google . . . somewhere. When I finish composing a blog post, WLW opens the post in my preferred browser, which is Google Chrome. It all looks hunky dory, and I’m pleased with my writing prowess, which I know is what chicks would dig if I weren’t a relatively old man.

So the other day I proudly opened my post about encrypting app.config in Microsoft’s new Edge browser (in Windows 10), and—what’s this? No images? Just gray boxes with a circle-dash icon?

Well, this new browser certainly does suck daikon. Good thing the pictures show in Internet Explorer, right? Nope. Same problem. But they look great in Chrome. Must be Windows 10. Or Windows Live Writer, which led me on an odyssey of reading about how Google “broke” blogging apps by requiring better authentication, and giving something like two years’ notice. Maybe that’s the problem? No, it isn’t, that got fixed fairly quickly.

Then it must be Windows 10. Somehow this got past the thousands of people testing the app for a year (as if). I’ll check in lovely Windows 7 from work.

Same thing. Only now, I don’t see pictures in Chrome, either. Which is the clue to the solution. Because at work, I hadn’t logged into my Google account before viewing my blog.

Ah ha. Maybe, somehow, the pictures aren’t public. And I never noticed, because I always viewed the blog while logged in. Bad on me for not testing other browsers. (I did test other browsers, though, in the past. I guess I unwittingly changed the permission.)

OK, I’ll just check the album and set it for public, like I would if it were in Google Drive. Now . . . where is it?

Google Photos? I’ve been hearing about that. It's the app on my phone I don't like. Yeah, there it is! All I have to do is . . . is . . . huh? This is your new, improved photo collecting and organizing application Mr Brin? This. Is. Bad.

More reading. I dimly recall Google is storing lots more stuff on Drive. Are they storing photos? Why, yes! 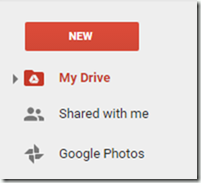 Excitedly, I click the link and, indeed, I see my photos. Some of them. And some are different from what’s in Photos, despite the icon and text telling me I’m looking at, um, Photos. No albums. Too bad, because it looks like I can make individual photos publically accessible here. This is an illusion though, as far as my blog is concerned. The settings aren’t related. So this is useless. Gamely, I check the settings, and indeed there’s an intriguing option.

But I don’t check it. It doesn’t feel right. Why would I need to connect Google Photos to Google Drive in order to access sharing properties on Google Albums that are, somehow, already set? And I’m nervous that, according to some descriptions, I can make changes in Drive that affect Photos, but not the other way around. Or is it the reverse?

Wait . . . hang on. Isn’t Photos a new application? Weren’t we storing photos before? With some other program that I tried? (snap, snap, snap) Picasa. That’s it. Didn’t Picasa have albums? Is it possible? . . . Yes. Follow the trail. 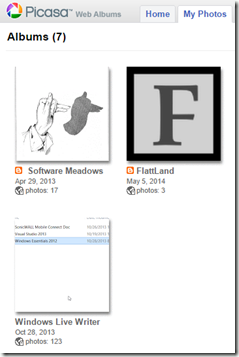 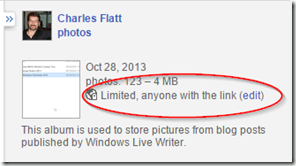 Save and done. Now all of my blog pictures are visible again. That was easy. 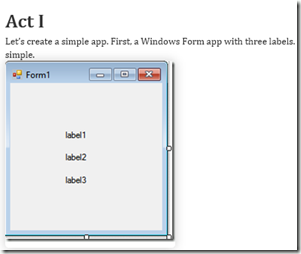 Did you keep count? Google has four places you can manage your pictures: